Today, October 31, 2022, we are going to focus a second day on Fifth Ray Unity, Integration, Transfiguration and Green Healing for Temple Eleven at Mt. Kilimanjaro, the Serengeti and Lake Victoria in central-eastern Afrika.

Yesterday, following a morning nap, in my deep meditation, I (Dr. Robert) surrounded myself in a protective Christ column of light that was about 11 feet in diameter. Once centered and encased in love, Lady Master Meta, Hilarion’s twin soul on the Fifth Ray, transfigured over, around and into me in the shape of a green letter V. Its apex or bottom point first entered into the top, central part of my head, which in anatomical terms is called the vertex.

I recognized Meta’s characteristic Fifth Ray feminine vibration, as I have had multiple, verified, evidential contacts with her over the years. In this present instance, she showed herself to me in the form of a V that is in the middle of the first letter M in her name. The “V” stands for vortex and for being a victor over, not a victim of, Cain negativity, within ourselves and others. Each of the 13 spiritual temples or power centers worldwide are also described as “vortices of sacred energy.”

On July 6, 1962, Sananda-Jesus had channeled via Nada-Yolanda: “The beloved Lady Master Meta, which is only a code name of certain vibrational frequencies, has been the coordinator or influencing factor for all light centers throughout the Earth plane during the last twenty-five hundred years. Her influence stemmed during the period of the Essenes, where I myself had studied for many, many years in the lifetime as Jesus of Nazareth.”

Mother Meta Comes To Me

Upon identifying and feeling Meta’s presence in her cosmic V, I lifted my arms upward in a the shape of my own green V, thereby to welcome and receive her holy, healing, feminine presence and V. As she descended slowly from my seventh or crown chakra, down to my sixth or third-eye chakra, I found myself hearing and singing one of my favorite Beatles songs, but with slightly adapted words: “When I find myself in times of trouble, Mother Meta comes to me, whispering words of wisdom, be a green V.”

Slowly, her V anchored into, down and through my V. We became two Vs as one. The bottom apex of her V descended through my 5th or throat chakra, my 4th or heart center, and 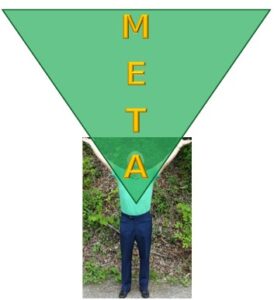 finally to my 3rd or solar plexus chakra (as viewed from above to below). Her V was so wide at its top that it filled up my entire 11-foot-wide Christ column. (See the figure to the right of Meta transfiguring me.)

From this combined V, we began to radiate healing, unity and integration to the entire Temple Eleven area, whose epicenter or high point is Mt. Kilimanjaro. However, Meta directed me to radiate green healing light especially into Lake Victoria, the largest lake in Africa. This lake was named after Queen Victoria of England, hence it is a feminine name. Victoria is the feminine version of the masculine Victor. Note that Victoria starts with the letter V.

From Lake Victoria, which I have renamed Lake Afri-Ka, the call went out to all 55 African nations to unite as One Afrika. Africans are not to look only backwards to all the troubles they have brought on themselves, and white Europeans and others have greatly exacerbated. Yes, the past was filled with horrors. But instead, Africans are to keep their eye single on the new harmony, health and holiness to come; on bringing forth prosperity, equality, happiness and wholeness. Africans, like all of us from other continents and nations around the world, are to add our Fifth Ray green healing prayers and projections to the re-opening, re-energizing and rebirth of Temple Eleven on Earth.

Next, to my total surprise, Vertex, the feminine co-leader of the 12th-planet Vulcan, likewise joined Meta and me in the shape of an even bigger V that fit fit down in Meta’s and my Vs. Note that her name Vertex starts with the letter “V.” Vertex is a code name, just like Meta is a code name. It’s a name that we Earthlings can pronounce and understand. Vortex, with an “o” instead of a “e,” is Vertex’s masculine twin soul, with the two of them being the co-leaders of Vulcan, the highest dimensional or 12th planet of the solar system, as they had revealed to me in 2014-2015.

(I’ll share much more about Vortex and Vertex of Vulcan in the upcoming three weeks of focusing on the Temple of Vulcan that is located in south Vietnam, in and around Ho Chi Minh City that formerly was called Saigon.)

The earthly noun or name of “Vertex” means: 1) The highest or principal point; apex; top; crown; summit; 2) In anatomy, the crown or top center of the head;  and 3) In astronomy, the zenith; the point of the heavens directly overhead.

The higher frequencies of light and love coming from the Sun, the master coordinating center of the whole Solar System, come first to Vulcan with its two co-leaders named Vortex and Vertex. They are uniquely qualified to receive and ground the Sun’s spiritual light into Vulcan. From there, the Sun-Vulcan energies step down and entered into Planet 11, whose earthly Temple is located at Mt. Kilimanjaro and the surrounding area.

See It & Believe It

In two dreams this morning, October 31st, in respond to my request to Spirit and the agents of Spirt for confirmation of this communion with Vertex, I was with Vertex and others from her home planet. She was telling me about all the various, higher plane co-ordinations with other planets, which I had trouble comprehending. Finally, at the end of the second dream, she showed me the image of a brilliant sphere of light that existed over the room we were in, at the level of its ceiling. It lit up the whole room and my entire mind. Now, I could see!

When I was awakening, I saw this same sphere at the ceiling level of my bedroom. I felt like I almost was seeing the sun, but it became clear that this sphere was that of a planet. I got up, wrote up this fabulous dream in my spiritual diary, and then tried to go back to sleep, but could not. When getting out of bed, the realization came that this pure, lighted, dazzling sphere was an image of her home planet, Vulcan. Here was the clear, visual confirmation I had been seeking, in the most unique of ways! Yes, she was with me, and I was with her, all the way to Vulcan and back, from Earth up through the ceiling (astral planes) to the etheric planes.

Vesta of the Sun

After pondering, feeling and working with all of this, yet another feminine being of cosmic light anchored over and into Vertex. It was Vesta of the Sun, who with Helios are the co-leaders of the Sun. Vesta’s name likewise starts with a V. So, now it was Vesta, Vertex, Meta and me, four as one, manifesting and grounding Christ light, love and especially healing into and around the Eleventh Temple in Africa, for its harmonization and re-opening at a deep soul, subconscious, astral level. 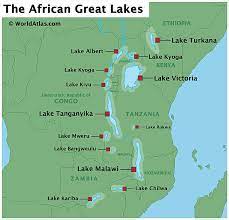 In a symbolic plus literal sense, Vesta anchored her divine feminine solar energies primarily into Lake Victoria. Vertex focused more so on Lake Tanganyika, the second largest of the thirteen Great Lakes of Africa. Meta concentrated mostly on Lake Malawi/Nyasa that is the third largest. I, in masculine embodiment, was the physical anchoring point and projector for all of this solar system, feminine, soul, subconscious implantation of healing energies.

(See map of 13 African Great Lakes to right/above. Click LargeMap13 for a large, high resolution World Atlas map of the 13 African Great Lakes that you can print. Click Article13 for a World Atlas article about these 13 lakes, wherein it lists the 9 largest such lakes. Some articles/descriptions report 3 major lakes, others say there are 7 lakes, and some maps like the one above show 13 lakes. I like the description of 13 lakes: symbolically, the largest lake/Victoria is for the Sun and the 12 other lakes are for the 12 planets.)

Be a Green Vortex of Healing

In your quiet, meditative, prayerful times today, see yourself in a Christ column that is 11 feet in diameter. Become one with your I Am Self. Be the Heavenly Holistic Healer that you are in Christ, Buddhic, Atman, Abel, Afri-Kan consciousness.

Raise your arms up in a shape of a V. Visualize another, larger V descending from the etheric realms, down through the astral planes, into the top center of your head. This is Mother Meta coming to you, she who is a Mother V. See, feel and experience her V descending into each of your lower chakras until its bottom apex anchors into your fifth or solar plexus chakra and abdominal region. The V is filled with glorious, green light, that of the Fifth Ray. (This two-dimensional V represents a three-dimensional Vortex.)

Become aware of and welcome Lady Vertex of Vulcan descending in the shape of a V into first Meta’s V and then your V. Feel your healing energies and vibrations amping up another degree or two, such that you become a more powerful, loving, confident, masterful, effective, green holistic healer.

Then, see Vesta of the Sun coming down into Vertex, Meta and you. If you do not see this, simply affirm that it is so. Feel it within you in the form of greater energy, greater desire to help others, feeling more qualified and empowered to heal humanity, starting with yourself and then focusing on Temple Eleven in Africa.

From above, through you, cosmic Christ healing green light flows first into Lake Victoria. From there, proceed to each of the other 12 African Great Lakes. See this entire area surrounded and infused with green healing light that brings forth unity and integration and harmonization to all souls within this forcefield. 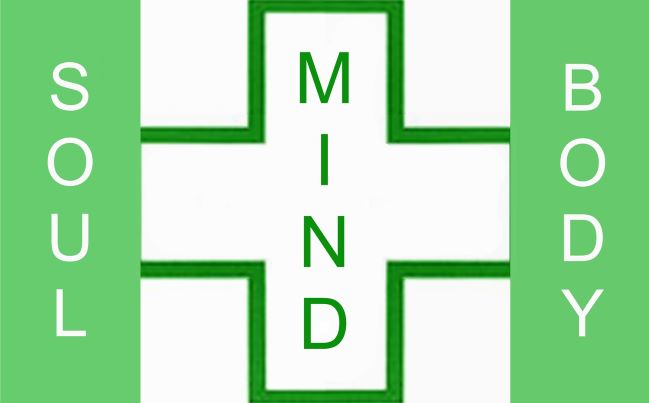