Yesterday, October 28, 2022, after posting my blog Be One with Three, I found myself musing about my next blog that would be about day 4 of our weeklong focus on healing the soul of Africa, to be posted today, October 29th.

While sitting on my “throne,” I felt a strong energy above and coming down to me. It was Serapis Bey, Chohan of the Fourth Ray of Manifestation and Crystallization. With him was his twin soul, Clar-I-Ty.

They lowered a crystal-clear Christ cube over me, with its bottom being just below my heart chakra, at my diaphragm, and its top being a couple feet or more above my head; hence around my four upper chakras: 7) crown; 6) third eye; 5) throat and 4) heart.

Two Christ Cubes as One

At Phillel’s and my noon Project Power this same day, my inner guidance was to place such a Christ cube over him. Upon my visualizing this, a cube surrounded his upper four chakras, with particular attention to his heart chakra. This cube was to assist him in demonstrating still more of his indwelling, Motah, I Am, Abel, love consciousness.

A few minutes later, a totally new image appeared before and around me and him. In it, I was in a crystal-clear Christ cube that surrounded my entire forcefield, that of my seven bodies, seven chakras and correspond physical organs. I was grounded in, and manifesting, Christ, I Am, Soliel consciousness.

Then, before me was a same-sized Christ cube over and around all of Motah- 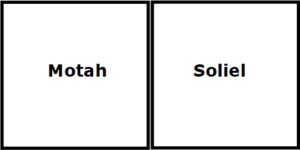 Phillel. His cube and my cube were the same size in their heights, widths and depths. The front square/surface/pane of my Christ cube was flush with his front square. The two of us were one. We two cubes were equal Abels, two brothers who love one another, who do not compete with one another, neither of us being superior or inferior to the other. (See the above figure showing this in two dimensions.)

We were not carbon copies of one another. Rather each of us had unique talents, powers, soul records and physical bodies; and different soul missions. However, at the I Am or Christ level, we were equally beloved sons of our Father-Mother Creator. This is what I was to now clearly see and to rightly manifest. We were not brothers like unto the allegorical Cain and Abel, but rather we were two Abels who nonetheless have some residue of Cain consciousness within us, as all souls on Earth do. We were like fraternal twins, with him being of the Sixth Ray and my being of the Seventh Ray. We cooperate and coordinate, rather than compete and go our own ways, or try to impose our will on one another.

However, at the same time, our two cubic forcefields remained separate, just adjoining on the front side or facet of each of our cubes. I did not project myself into him, nor did I allow him to do that to me. Rather, our unique energies flowed through the crystal-clear front face of our cubes. We complemented and supplemented one another, rather than completing with one another to see who is “top dog” and “underdog,” who is superior and who is inferior. It felt so good, so right, so uplifting to use this visualization.

In your quiet times today, call upon Serapis Bey and Clar-I-Ty, as well as Archangel Lord Gabriel and his angelic counterpart, who I call Lady Gabrielle, to encase you in a Christ cube. Feel them answering your request and lowering a crystal-clear cube over you. In this first step, the bottom square face of the cube is just below your heart, at the level of your diaphragm. Become centered in, and accustomed to this new diamond-like, cubic crystal. It represents the crystallized four-step diamond matrix of 1) peace, 2), love, 3) cooperation and 4) coordination, which you now are to demonstrate anew.

In time the cube expands and surrounds your entire body. It becomes eleven feet tall, wide and deep. It carries within it Temple Eleven consciousness, under Kil-i-Man and Afri-Ka, as well as Fish Eagle and Eagle Wings. As above, so now below.

Before you, see whoever it is that still presses your buttons, who on occasion is a thorn in your flesh, who thinks that he or she is superior or inferior to you, who perhaps you may have mistreated in the past, thinking that you were helping him/her by imposing your superior will on this person.

It could be your brother or sister in your personal family, who still thinks he or she is better or worse than you, due to the birth order of you and this person; with men typically thinking they are superior to women. Whoever the person is, you still do not love and feel loves as the co-equal Christ that you and this person is.

It might be your boss or your employee, your minister or one of the parishioners in your metaphysical church, your fellow Mark-Ager or someone who follows another path.

Whoever it is, first be fully centered and at peace within your Christ cube, with its center being at your heart. Your heart is number 4 of 7 centers, whether you linearly count the chakras going from below to above, or from above to below.

See and feel your brother, sister, friend or enemy encased in an equal-sized, crystal-clear cube. The front square face or facet of your cube is flush against the front side of his or her cube. You are in equal consciousness and expression. You clearly see yourself and this person as spiritual equals, regardless of how you or he/she is expressing and acting now.

Be your I Am, Abel, Christ, Buddhic Self. See before you your true spiritual brother or sister, father or child in all of his or her spiritual Splendor as a beloved creation of our common Creator. Ground this realization deep into your mind, heart and soul, until it expresses outwardly in your new physical actions.

Take no “garf” from this person, and give no “garf” to him or her. Rather, be the unique being that you are, the solar system citizen that you are in the One Family of Humanity who live on all twelve planets of our solar home.

Realize it may take time and lots of effort for this Abel equality to manifest. But you are halfway there in healing your residual soul Cain consciousness for this week. You are in step four of seven. More and more you are in 11 consciousness. Each of you in this exchange is a 1. Together, you are two 1s, united together in 11 consciousness, in love with one another, true brothers and sisters, two reborn Abels who are fully committed to decrystallizing your remaining soul threads of Cain, crazy, criminal consciousness. You are now manifesting the Christ Abel reality that you are!

Be one with all all Afrikans. Wherever you live as a representative of your country and continent, be one with your brothers and sisters in Mother Afrika. See them as your equals, which they are in the eyes of God.

By the way, many native Afrikans spell their continent’s name with a “ka” and not with a “ca.” When the white, colonial, European powers came to Afrika, their languages did not have a “hard c” that is pronounced as “kah.” So in their writings they spoke and wrote of Afrika as being Africa, with “ca” pronounced more like “cuh;” and they imposed this spelling/pronunciation on native Afrikans. It was just one more way in which “superior” white folks lorded it over and enslaved “inferior” Afrikans — white Caucasians even took away Mama Afrika’s name.

To change this, the co-leader of Planet 11 has assumed the name Afri-Ka, with its emphasis on the “Ka,” with it being pronounced like “kah.” When I say Afri-Ka of Afrika, the accent is on the last of three syllables, hence on “Ka.” Afri-Ka from Planet 11 leads the way in the soul re-birthing of Temple 11/Afrika in each of us and in Mother Afrika. 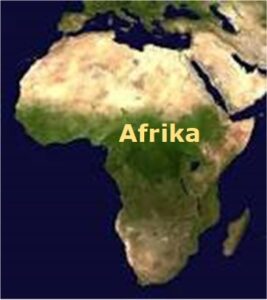 Afri-Ka, we love you and all Afrikans. Our love for you is crystallized anew in our hearts. We are one with you, filled with peace, love, cooperation and coordination. The old is decrystallized, the new crystal-clear, Christ African diamond takes its rightful place in and around our hearts. We see the minds, hearts and souls of all Afrikans being restored to I Am, Abel love. 1 plus 3 now equals 4 in our seven steps to re-birth the true, wondrous, original, primal, 1-3-7 Mother Soul of Afrika.

Thank You, Father-Mother God, Who has created all of us as equal Sons and Daughters in Your One Family. Amen. Amen. Om. Om.

1 thought on “Be Cubic in Christ”