Keep It Simple: Here is our core theme for this week, starting Monday, August 9, 2021. For a third week, we will focus on the I Am power of Understanding that manifests via the five physical senses and the reasoning, analytical aspect of our conscious mind.

Jesus’ Apostle Thomas Didymus portrayed this understanding attribute, whose corresponding colors are a range from cream yellow to pale orange.

In terms of the Seven Rays of Life, understanding comes under the overarching heading of the Second Ray of Understanding and Wisdom. Lord Jophiel (Hophiel) is the Archangel of the Second Ray. Kut Humi, who was Aristotle, John the Beloved, Leonardo da Vinci, and Shakespeare, is the Chohan or Director of this ray. His twin soul is Ella.

Keep it simple: Let’s see, analyze and understand what this phrase means, as demonstrated by Jesus, who portrays the wisdom of our I Am Self; and by Thomas, who represents our understanding faculty with its five senses and analytical capabilities.

After Christ Jesus resurrected his light body on Easter morn, he first appeared to Mary Magdalene, his primary woman disciple. She at first thought he was the gardener — she did not see clearly or understand what she was seeing. Then Jesus opened her eyes, rent the veil of confusion over them, such that she recognized him.

But when she told the Apostles what she had witnessed, they did not believe her. She as a subconscious, feminine representative, had seen the truth, but the male Apostles, representing the conscious mind, had not accepted this.

As to the pairing of imagination with understanding, Mary Magdalene represents the imagination faculty. The men, of course, thought that they had better minds and analytical abilities, greater understanding than she did, when in fact they were blind to the truth.

Keep it simple: That evening Christ Jesus teleported through the closed doors of the Upper Room, where he appeared to ten of his Apostles. His teleportation alone proved that he had risen, but the Apostles at first mis-analyzed what they saw with their mortal, conscious eyes. They feared that he was a ghost, that it was just his astral body that was before them.

Christ Jesus then showed his Apostles his physical wounds, which although he was in his light body, he still manifested in his physical body. Here was simple yet convincing proof number two of his resurrection. The Apostles now rejoiced that they actually saw their Lord and leader before them.

Rise into your Upper Room

Keep it simple: Thomas had not been present when Jesus first appeared in the Upper Room. When the other Apostles told him of Jesus’ visitation, he did not believe them. He said that until he he saw the resurrected Jesus and placed his fingers in Jesus’ wounds he would not believe. Perhaps Thomas, with his highly developed analytical abilities, thought that his fellow Apostles were gullible, naïve or lacked discernment.

Thomas’ comeuppance did not occur until eight days after Easter, when Christ Jesus appeared again in the Upper Room to the ten Apostles, with whom Thomas was now present. Jesus did not initially scold or denigrate Thomas for his insistence to actually touch his wounds. In fact, he encouraged him to do so, to rightly use his understanding/five sensual faculty. Come, Thomas, Jesus said, and put your fingers in my wounds.

And with that, Thomas had a flash of cosmic yet simple insight: He said to Christ Jesus, without having touched his wounds, “O my Lord and my God.” (John: 20; 28 Lamsa)

Keep it simple: Yet, what did Thomas mean by this? By the word “Lord,” Thomas acknowledged and affirmed that Christ Jesus was his leader, his master, his primary wayshower, his father and very best friend; that he was the Prince of planet Earth.

By the word “God,” he proclaimed that Christ Jesus represented the Son of God aspect of the Trinity of Father-Mother-Son (Daughter), that as the Christ in the flesh he would show us the way to God, to oneness with our Father, to our own indwelling I Am or God Self. This is the simple truth. So much for complexity: Thomas summed up the whole truth in six short words. He kept it simple.

After all, at the Last Supper, had not Christ Jesus already proclaimed: “I Am the way, the truth, and the life; no man comes to my Father except by me”?

Throughout the three years of Jesus’ public ministry, he never claimed that he was God Himself as some literal, fundamentalist, earthbound, “blind” religious leaders have insisted down through the ages. Rather Jesus said repeatedly that he and the Father were one, therefore that he could lead others to our Father-Mother Creator.

Keep it simple: Typically these days, we hear the acronym and phrase: K.I.S.S. for “keep it simple, stupid.” It means that we are not to get so caught up in all our analyses and complex considerations that we do not see the core cosmic, universal law or principle that energize these multiple factors.

However, is it not “stupid” to call oneself stupid? Is not the cosmic law that as we affirm and believe something, so it shall manifest? So, to counter that “stupid” interpretation, in the past when I have written about K.I.S.S., I have suggested that we use the word “spiritual” for the second “S”, in other words, “keep it simple and spiritual.” Other possibilities include “safe” and “sweetie.” I still like the phrase, “Keep it simple, sweetie.”

But for this week, let’s simplify things further. Let’s make our acronym just three letters instead of four. In other words, it becomes K.I.S. for “keep it simple,” hence our theme for this week.

Be Still and Know

Keep it simple: In your prayers and projections this week, be still and know God, know that you are a beloved child of God, realize anew that in I Am or God consciousness, you already have the wisdom that you seek. Be still and rise into your Upper Room, what Sol-O-Man/Mary has referred to as the Temple of Wise Dominion.

For the last six weeks, I have written and you have pondered the various components of both the imagination and understanding faculties. Nearly all of these six blogs have been long, detailed, multi-layered, even complex at times, as befits the understanding faculty.

Now comes the next step, to distill all of these past inputs and to come to a wise realization of what is the core truth of them, the simple cosmic in-sight that you can apply in your life.

Keep it simple: Sananda-Jesus in his multiple past lifetimes demonstrated this approach. As Moses, he received the Ten Commandments atop Mt. Sinai, the first of which was to love God with all your heart, all your mind and all your soul; and the remaining nine commandments gave specific ways to do this, as well as what not to do.

By the time that Sananda incarnated as Jesus, however, these Ten Commandments had mushroomed to over five-hundred commandments or laws that an Israelite was to follow, as prescribed and regulated by the Pharisees, who had grown in self-esteem, self-importance, superiority and smugness; who had some literal understanding but were blind as a bat when it came to simple, transcendent wisdom.

Jesus knew the laws, so when the Pharisees tried to trap him with their questions about it, he side-stepped them or spoke of and demonstrated the higher spiritual truth. By the end of his three years of ministry, at the Last Supper, he simplified the multitudinous laws to just two components: Love God and Love One Another.

Be in your Upper Room

Keep it simple: Each day this week, seek the simple solution to your complex dilemmas. Cosmic truth is not complicated. It is simple and to the point. What could be simpler than the law of cause and effect, the truth of oneness, the mantrum to Love God and Love One Another?

Put aside your well-thought through analyses and wait on the Lord to lift you into your Upper Room of wisdom. Conscious understanding is necessary and appropriate as a first step, but when used rightly it leads to the superconscious wisdom of your I Am Self.

Ask and it shall be given to you in the most unique ways and manners, even though it may take eight minutes, eight hours, even eight days before you receive your flash of wisdom in visions and dreams, when walking or cleaning the house, typically when you least expect it to happen.

Be as a little child as you seek and find the wisdom of the ages. Knock on the door to your Upper Room and it shall be opened unto you, within which is your resurrected I Am or Christ Self and light body. Come into communion with Thomas Didymus, Kut Humi and Ella, and Archangel Hophiel, who convey their cosmic wisdom to you.

To reply to this blog, send your email to me at solielrobert@gmail.com

1 thought on “Keep It Simple” 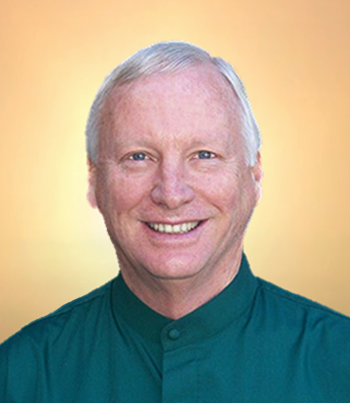